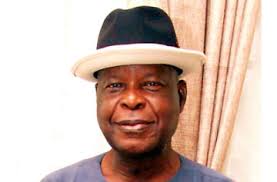 Born on 24th July, 1949, Sir (Dr.) Mike Mbama Okiro, CFR, NPM, mni the 13th indigenous Inspector-General of Police of the Federal Republic of Nigeria, attended St. Michael’s Primary School, Kalabari Beach, Oguta 2.  As a young boy he attended St. Peter Claver Seminary, Okpala.  During the Nigerian Civil war he studied philosophy in St. Augustine Seminary Afaha Obong, Ikot-Ekpene (Bigard in exile).  After the war he got admitted into the University of Ibadan, Oyo State where he bagged a Bachelor of Arts Degree with honors in English in 1976. He proceeded thereafter to the University of Lagos and obtained a Masters Degree in Public Administration. He also holds a Bachelor of Law and Master Law Degrees from the University of Jos, Plateau State. He, in addition also holds Honorary Doctorate Degrees from the Federal University of Technology, Owerri, Imo State and Novena University, Delta State. He is an Alumnus of the prestigious National Institute for Policy and strategic Studies (NIPSS), Kuru, Plateau State.

His leadership style endeared him to the people and he had full control of his men. Hence during the police strike in 2002 Lagos Police Command was one the few state commands that did not go on strike despite the complexities of Lagos.

On assumption of office as the Inspector-General of Police, he worked tirelessly to provide secure environment for the actualization of Mr. President’s Vision of placing Nigeria among the world’s top 20 economies by the year 2020. He also created a channel of communication as a tool of bridging the Police-Public divide; the philosophy that gave birth to "THE DAWN” newspaper.

Sir (Dr.) Mike Mbama Okiro is a man with vast literary acumen and has authored four (4) books of different genre despite the herculean task associated with his chosen career. He is happily married with children and enjoys playing chess and writing in his spare time.