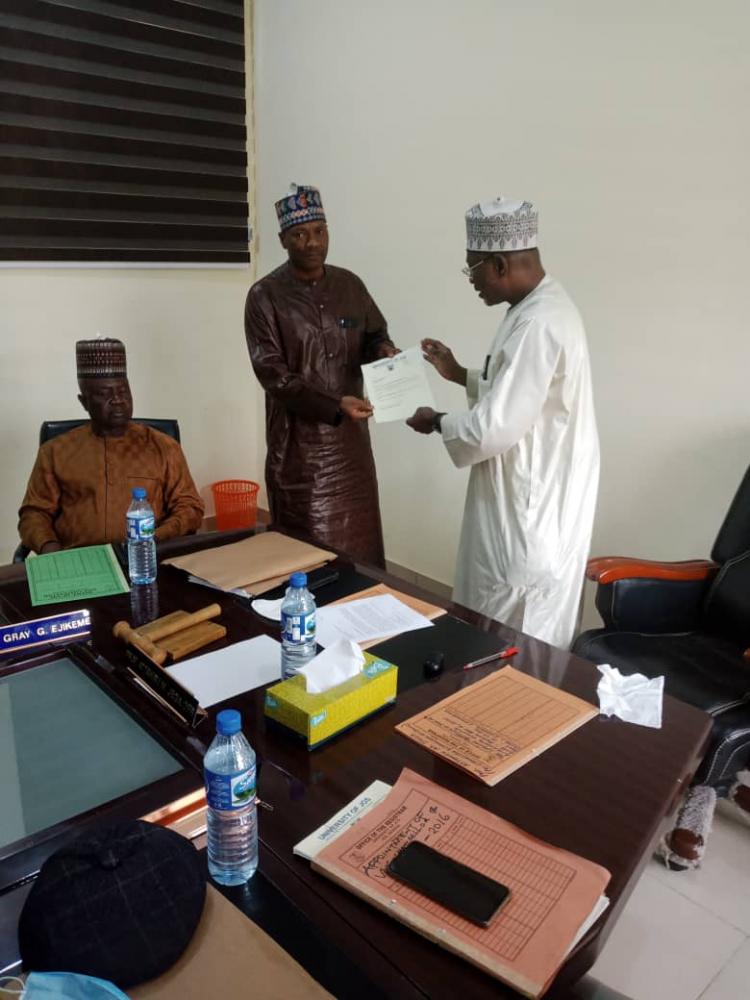 While appreciating God and members of the Selection Board/Governing Council for the very transparent and peaceful exercise that led to his emergence as the Vice-Chancellor, Professor Tanko said he takes the appointment as a challenge and call to duty. According to him, he considers the task ahead of him as one to be undertaken with all seriousness which he will discharge with humility and commitment.

The newly appointed Vice-Chancellor said he is conscious of the sacrifice of the University’s founders and their determination to open new opportunities for all Nigerians as well as brighten the future for the upcoming generation through quality education.

Professor Tanko acknowledged the achievements of all his predecessors and pledged to build on their legacies and the solid foundation they laid for his administration to succeed.

The incoming Vice-Chancellor whose tenure will commence on the 1st of December, 2021 stressed that in trying to confront some of the challenges associated with higher education in the country, he will draw from the support and inspiration of the University’s Governing Council. He pledged not to operate outside the University Act and laws governing the institution and called on all stakeholders to join hands with him in order to build a Unijos that will be the pride of its host community and envy of others.

Earlier, while presenting Professor Tanko Ishaya with his Appointment Letter, Pro-Chancellor and Chairman of the University’s Governing Council, Professor Attahiru Jega urged the new VC to discharge his mandate with all sense of responsibility.

Professor Jega explained that, after a rigorous and painstaking exercise, the Joint Council and Senate Selection Board had recommended the appointment of Professor Tanko as the new Vice-Chancellor which Council had approved. He enjoined Professor Tanko to justify the confidence reposed in him by performing his functions optimally and to the best of his abilities.

While congratulating Professor Tanko over his emergence as Vice-Chancellor, Professor Jega advised him to always put the interest of the University ahead of his personal needs, even as he urged him to avoid things capable of negatively affecting his tenure.