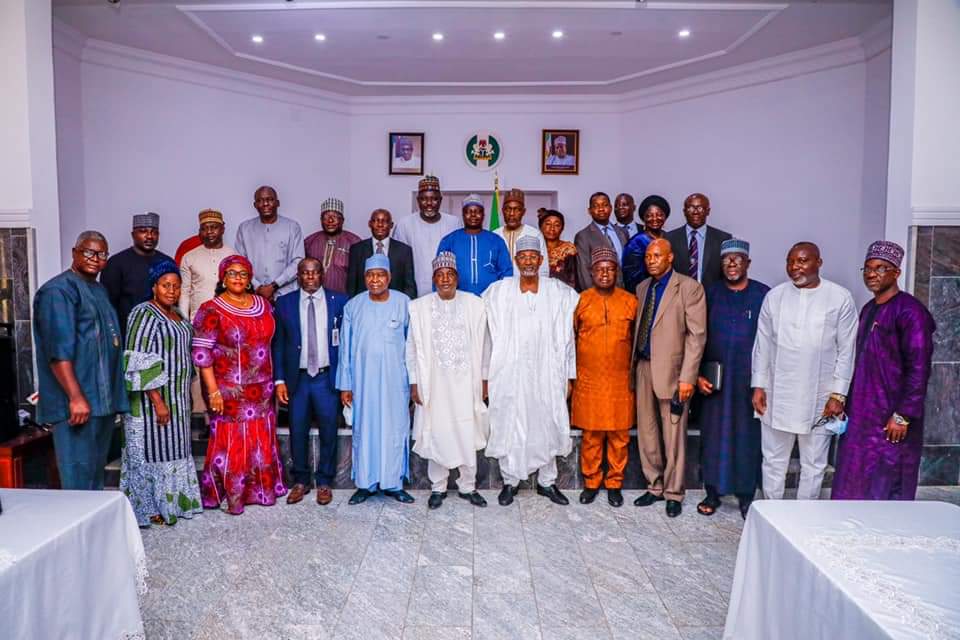 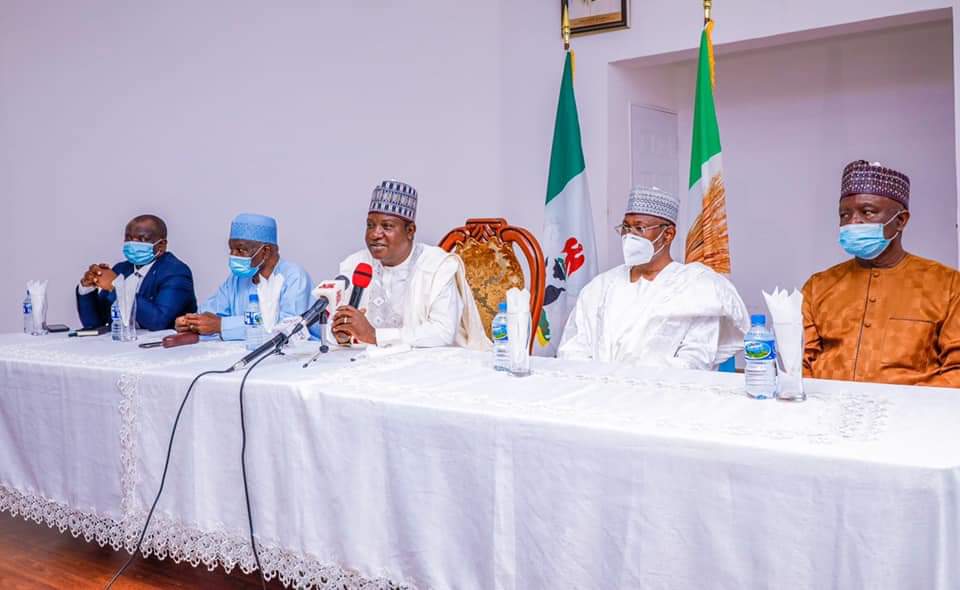 TO STRENGTHEN SECURITY ARCHITECTURE AROUND UNIJOS

Plateau State Governor, Rt. Hon. Simon Bako Lalong says the State Government is taking necessary measures to strengthen the security situation in and around the various campuses of the University of Jos. Governor Lalong believes this is essential for safeguarding the lives of Students, Staff and other member of the University Community as they carry out their normal activities.

The Governor who is also the Chairman, Northern Governors Forum, stated this while paying host to the new Pro-Chancellor and Chairman, Governing Council of the University of Jos, Professor Attahiru Jega and other Council members when they visited him in Government House, Rayfield.

According to the Governor, the State Government has concluded arrangements towards beefing up security in all the routes leading to and from the University to guarantee the safety of people plying those routes. According to Lalong, appropriate measures have also been taken to provide secure means of transportation to aid the movement of members of the University community around the city.

The Governor informed the Council Chairman that he has enrolled for a Postgraduate programme in the University of Jos to add to the Masters Degree in Law he had earlier bagged from the University and therefore should be considered not only as a Unijos Alumnus but as a bona fide Student of the University.

Governor Lalong congratulated the University community for having a vastly experienced Academic and Administrator as Pro-Chancellor and Chairman of Council and expressed optimism that with his experience, Professor Jega will take the University to enviable heights. Governor Lalong appreciated Professor Jega for his contribution in stabilizing the Academic and Administrative fortunes of the Plateau State University Bokkos when he served in that institution as Pro-Chancellor and Chairman of Council.

Speaking earlier, the Pro-Chancellor and Chairman of the Governing Council, University of Jos, Professor Attahiru Jega, said as members of a new Governing Council of a Federal University located in the State, it was only appropriate to brief the Governor about the Council’s activities as they commence work in the University. Professor Jega applauded the critical role of the State Government towards developing the institution by providing the conducive atmosphere for teaching, learning and research.

Jega solicited the State Government’s assistance towards providing buses that will operate from the campuses across the city to minimize the risk of exposing the Students and Staff to the activities of undesirable elements masquerading as commercial tricycle riders popularly referred to as “Keke NAPEP” operators.