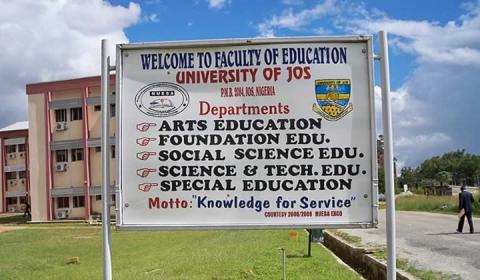 The Faculty of Education emerged as one of the foundation faculties of the University of Jos in 1976. It began under the Acting Deanship of Dr. N. E. Obioha after which Professor N.M. Cooper came in, as the first substantive Dean. Initially, there were only two Departments - Foundations and Curriculum Studies. Students in the faculty were administratively managed in two Departments; The Department of Curriculum Studies enrolled and registered all students of the faculty until the Special Education Department was introduced in 1978. Thereafter, The Special Education Department registered its own students while Foundations was more pre-occupied with postgraduate training. There was little wonder therefore, that by 1977/78, the department was able to graduate the first batch of postgraduate students, even before it graduated its first degree students. Thanks to the high calibre staff that founded the faculty and laid the foundation of the admirable postgraduate programmes run by the faculty today. The history of the faculty is that of steady growth. Student enrolment in 1976 was only 50 and has now grown to 500. Academic staff in the faculty were only 9 in 1976 and has increased to 85 by 1998. Programmes have similarly expanded in depth and breadth following the restructuring of the departments in the faculty. The undergraduate enrolment grew so large that it could no longer be effectively managed by a department by 1994. The accreditation of courses in Nigerian Universities by the National Universities Commission and the survival of The Foundations Department informed the transfer of the liberal arts-based courses and staff to the newly created Department of Arts and Social Science Education in 1994. The staff, students and science-based programmes that were left, after the transfer, became The Science and Technology Education Department. The steady growth and development of the faculty during the 1990s necessitated the creation of additional departments. Hence, it is anticipated that additional departments will be created within this planning period, not only to make the faculty more relevant in meeting national needs but also to achieve optimal productivity of both staff and students.