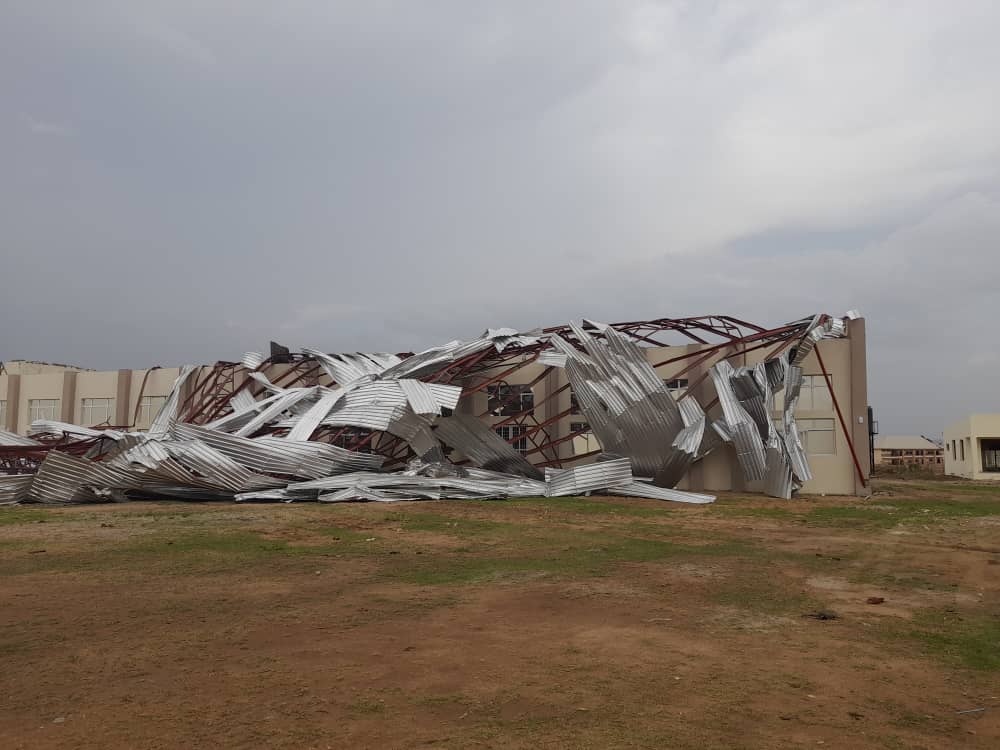 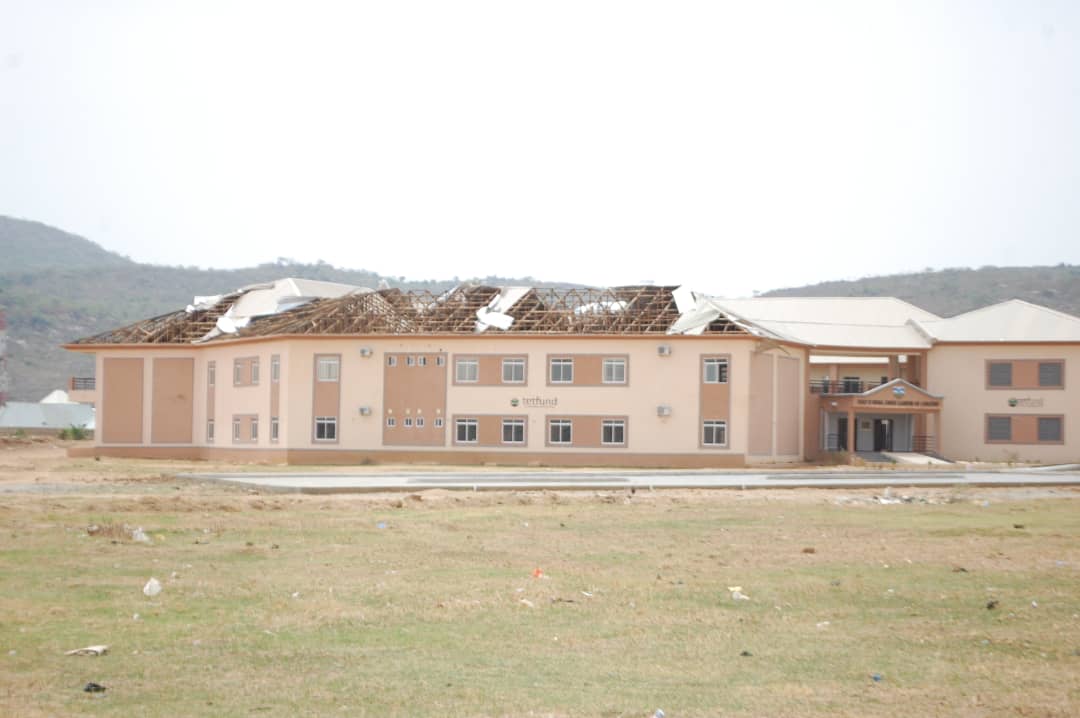 Windstorm has wreaked havoc in some parts of the Naraguta Campus of the University of Jos blowing off the roofs of several newly constructed buildings that were recently commissioned. The windstorm which occurred on Sunday 23rd April, 2022 affected the new buildings housing three Faculties, Natural Sciences, Agriculture and Veterinary Medicine as well as the new Indoor Taekwondo Gymnasium and the Twin Theatre Lecture Hall. Similarly, part of the fence of the Jeremiah Useni Mini Stadium was pulled down by the windstorm.

Vice Chancellor of the University, Professor Tanko Ishaya led a team comprising members of Management and Staff of the Directorate of Physical Facilities to inspect the level of damage at the scene of the incident.

The Vice-Chancellor, who was represented by the Deputy Vice-Chancellor (Academic), Professor Rahila Gowon expressed dismay at the development describing it as a great setback to the University which has been making frantic efforts to address the infrastructural deficit that has affected it over the years. The Vice-Chancellor said the incident was particularly unfortunate because most of the affected buildings were newly constructed especially the Indoor Taekwondo Gymnasium which was a donation from the South Korean Government and had only been commissioned about two weeks ago.

The Vice-Chancellor was saddened that although a lot of resources had been invested towards providing the facilities, the windstorm had caused such colossal damage that would require intervention beyond the capacity of the University to currently undertake. Professor Tanko therefore appealed to the Federal Government through its relevant agencies, the Plateau State Government, well-meaning Nigerians as well as public spirited individuals and groups to come to the aid of the institution.

According to the Vice-Chancellor, the incident could be attributed to the adverse effects of Climate Change which is a global phenomenon that Nigeria is not immune from. The University Chief Executive confirmed that the University is undertaking Research in the area and would now intensify efforts towards identifying viable solutions that would mitigate the effects of Climate Change in our local communities.

Also speaking, Director, Physical Facilities in the University, Arch. (Mrs) Halima Auta explained that the scale of the incident had never been so witnessed in the University and noted that natural disasters are unpredictable occurrences that usually take people off their guard.

Mrs Auta expressed disappointment that the incident is occurring at the time the University had secured the Hosting Rights to the next NUGA Games in 2024 which some of the facilities were to be used especially the Indoor Taekwondo Gymnasium and the Jeremiah Useni Mini Stadium. She believes with the assistance of the relevant authorities and University Alumni, the facilities would be salvaged and properly rehabilitated even to a better standard.