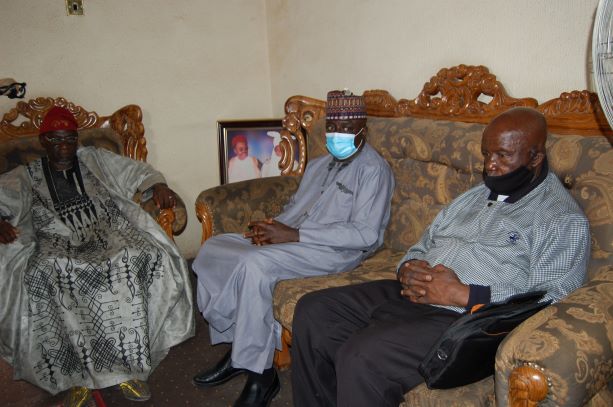 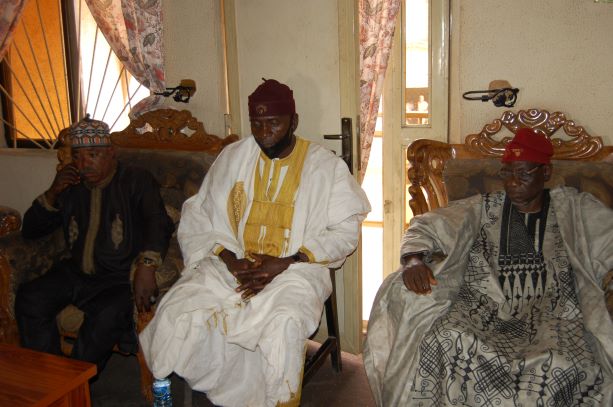 Management of the University of Jos has paid a condolence visit on the family of Late Ujah Anaguta and Chairman Jos North Traditional Council, His Royal Highness, Pozoh Jauro Magaji who recently passed away.

Vice-Chancellor of the University, Professor Seddi Sebastian Maimako led the delegation on the condolence visit to the family of the Late Paramount Ruler and members of the Anaguta Community. Deputy Vice-Chancellor (Administration), Professor Gray Goziem Ejikeme, who spoke on behalf of the Vice-Chancellor, described the late Ujah Anaguta as an icon who stood for progress, unity and peaceful coexistence in the Jos Metropolis and beyond. Professor Maimako expressed sadness that the passing of the Late Royal Father came at a time his services were most needed not only by the University of Jos as Traditional Head of its host Community, but by Jos North Local Government Area, Plateau State and Nigeria as a whole.

He encouraged the family of the Late Ujah and the entire Anaguta Community to accept the loss in good faith as he believes the Late Royal Father has gone to a place of rest and prayed that the Almighty God will grant the family the fortitude to bear the painful loss.

Responding on behalf of the family and the Anaguta community, the District Head of Nabor, Pozoh Agwom Dauji described the Late Ujah as a man who loved his subjects and stood for peace among all communities resident in his domain. He thanked the Vice-Chancellor and the University community for always associating with the Anaguta community. Pozoh Dauji appreciated the University Authorities for standing with them at a trying moment like this, and expressed confidence that God Almighty will raise someone as passionate and dedicated as the Late Ujah Joro Magaji to continue where he stopped.

Also present during the visit were the first son of the Late Ujah, Mr Johnson Jauro Magaji and members of the Anaguta Traditional Council.