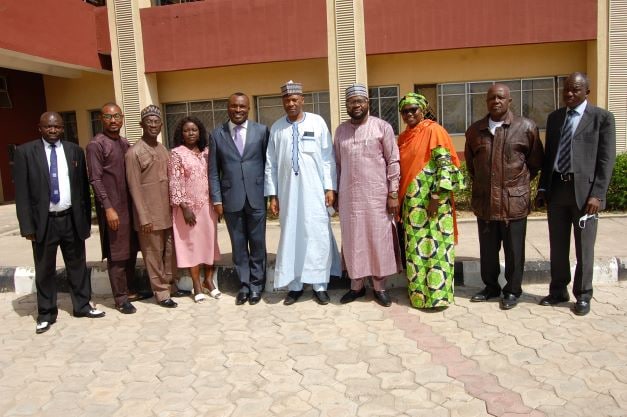 OFFICE OF THE VICE-CHANCELLOR

Vice-Chancellor of the University of Jos, Professor Tanko Ishaya says human capital development will be his topmost priority towards harnessing human and material resources for a well-motivated workforce that will move the University to greater heights.

This formed the central theme of discussions when some groups within and outside the University paid courtesy visits to the Vice-Chancellor in his office at the Senate/Administrative Complex, Naraguta Campus to congratulate him over his new appointment.

Chairman Board of Trustees and Council, Chartered Institute of Human Capital Development of Nigeria, Cyril Ogboli who led some members of the Institute of which Professor Tanko Ishaya is a Fellow, said the visit was to felicitate with one of their own and to wish him well as he pilots the affairs of the University.

Ogboli said they are confident that the Professor Tanko Ishaya will bring to bear his wealth of experience towards raising the standard of excellence in the Institution.

Also, Members of Plateau State Chapter of the Nigerian Medical Association (NMA) visited the Vice-Chancellor to felicitate with him over his recent appointment to the office.

Speaking on behalf of the members, Chairman, NMA, Plateau State Chapter, Dr. Innocent Emmanuel called for synergy and robust collaboration between the University of Jos and Jos University Teaching hospital (JUTH) among other requests presented to the Vice-chancellor.

In the same vein, Staff of the Department of Medical Laboratory Science, University of Jos also interacted with the University Management led by Professor Tanko on some cogent issues which the leader of the delegation, Dr. Zakka Sheyin outlined to include relocation of the Department of Medical Laboratory Science to the University’s Lamingo Campus, difficulty in accessing laboratory reagents and reclaiming of their Professional Allowances which were stopped since the implementation of the IPPIS payroll system.

The Vice-Chancellor similarly received on courtesy visit officials of the National Association of Academic Technologists (NAAT), University of Jos Chapter where the Chairman, Aleni Alex Luke after congratulating the Vice-chancellor over his appointment, requested the recruitment of more Technologists for the University, involvement of Technologists in the procurement of reagents, disbursement of peculiar allowances and the need to operate an open-door policy.

Meantime, members of the Nigerian Environmental Society, Plateau State Chapter, have conferred on the Vice-Chancellor, Professor Tanko Ishaya an award of recognition as "ENVIRONMENTAL AMBASSADOR" for his passion towards improving the quality of life in the environment and society. A delegation led by the Association’s 2nd Vice-Chairman in the State, Professor Daniel Dabi visited the Vice-Chancellor in his office and presented him with the Award.

While responding to the various submissions, Vice-Chancellor, University of Jos, Professor Tanko Ishaya appreciated all the groups for their support and show of solidarity and encouraged them and other critical stakeholders of the University to work towards adding value to the institution and the nation. He assured that all the issues raised will be addressed based on their merit and peculiarities with a view to making the University fulfill its true potential.

Highpoint of the visits were the presentation of Congratulatory Letters and souvenirs to the Vice-Chancellor as well as group photographs. 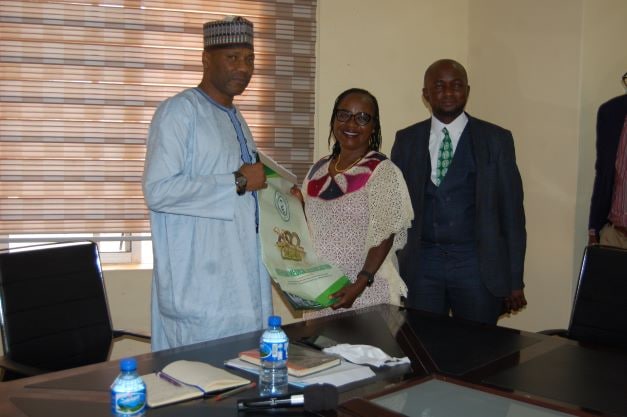