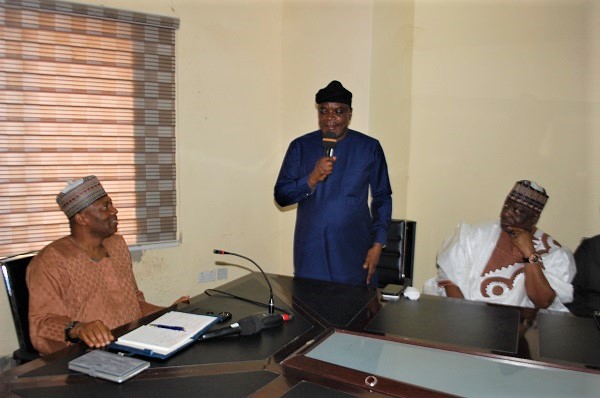 Vice-Chancellor, University of Jos, Professor Tanko Ishaya has called on Public Officials in the Country to always provide some form of assistance to indigent Students from their constituencies as the strive to acquire Higher Education.

Professor Tanko made the appeal when he hosted the Member Representing Wukari/Ibi Federal Constituency in the Federal House of Representatives, Hon. Danjuma Usman Shiddi in his office at the Naraguta Campus, University of Jos.

The Vice-Chancellor observed that there are many Students in the University that are struggling to pay their School Charges and requested well meaning individuals and groups to always come to the aid of such Students who are genuinely distressed.

The University Chief Executive stressed the need for a more creative and sustainable means of funding Education in Nigeria especially at the Tertiary level to address the funding deficit currently being experienced and said the current funding model cannot meet even the basic requirements that would enable Nigerian Tertiary institutions to be globally competitive.

He expressed dismay that Nigerian Students and Academics are currently leaving the Country in droves whereas in the past, Nigerian Universities were the destinations of choice for most Africans seeking qualitative Education.

The Vice-Chancellor decried the inability of the Federal Government and the Academic Staff Union of Universities (ASUU) to come to an agreement after the strike embarked upon by the Union which he said has impacted negatively on Students, Parents and the economic viability of the various Universities. He appealed to National Assembly to wade into the matter which he believes can be settled amicably so as to ensure speedy return of Students back to their Classes.

Professor Tanko commended Hon. Danjuma Shiddi for his passion for Education which has seen him offering Scholarships to over 100 of his Constituents to study at the NTA College, Jos and encouraged him to extend same gesture to some of his other Constituents to enable them study in the University of Jos.

As Chairman House of Representatives Committee on Internal Security, Professor Tanko solicited the intervention of the Lawmaker to address some of the security challenges confronting the University including threats of kidnappings, land encroachment, theft of University equipment and easy movement of Students to the University’s various Campuses. The VC informed the Lawmaker that the Tertiary Education Fund (TETfund) has approved funds for the construction of perimeter fencing for some parts of the University and appealed for further interventions to fully secure the University land from encroachment.

Hon. Shiddi said he was in Jos to attend the Graduation Ceremony of Students from his constituency that were under his sponsorship at the NTA College, Jos and promised to extend same gesture to his Constituents who are schooling in the University of Jos.

The Federal Lawmaker appealed to the University Management to increase the number of Admission and Employment slots allocated to candidates from Taraba State considering the historical and cultural ties between the Plateau and Taraba States in the spirit of good neighbourliness.

Hon. Shiddi who is also a Security expert assured that the National Assembly is taking the necessary measures towards ensuring that there is proper adherence to the Safe Schools Policy being championed by the Federal Government in line with International Conventions that Nigeria is signatory to.

The Lawmaker was accompanied on the visit by His Royal Highness, Sarkin Awuma in Lafia Local Government Area, Nasarawa State and former Secretary to the Taraba State Government, Hon. Ayuba Zaku among others. 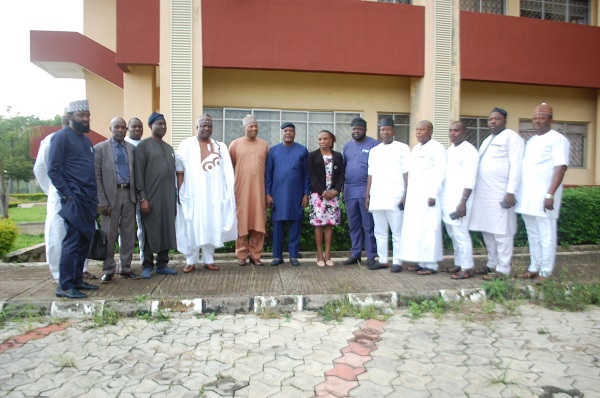