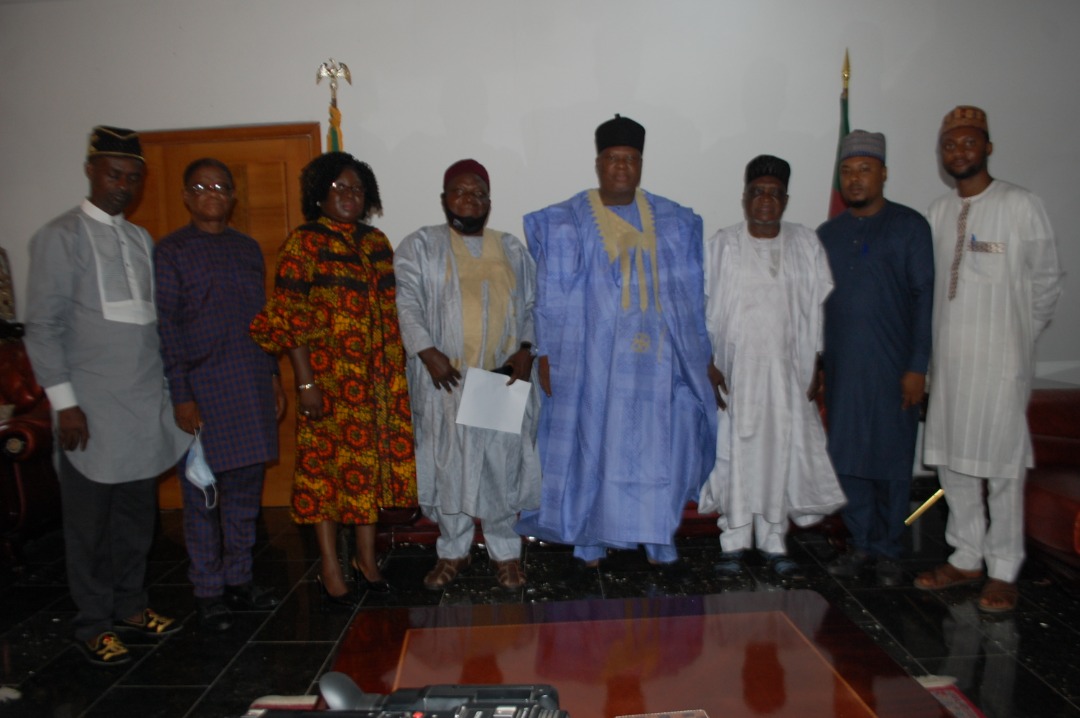 The Paramount Ruler stated this when he received the Presidential Visitation Panel to the University of Jos on a courtesy call in his Palace in Jishe, Jos, Plateau State. According to the Traditional Father, although the Federal Government has not reneged on its obligation in ensuring that all the Tertiary Institutions are well equipped and development is fostered, there is need for the Government and other relevant security stakeholders to step up their efforts in curbing the security challenge recently ravaging educational institutions in the country.

He said, if proper measures are not put in place now to ensure safety of lives and properties, it will affect the educational system as a means for capacity and Nation building. He added that for instance, in the University of Jos, the fear of the unknown has led to the closure of the Students Hostels which is not healthy to those Students living in the Hostels.

The Traditional Ruler expressed concern about the process of selection of the new Vice-Chancellor for the University that has not yet been concluded and hopes that would be done in the shortest possible time. He described the doggedness of the Vice-Chancellor, Professor Seddi Sebastian Maimako as commendable which has improved the University’s reputation as an institution that has trained thousands of Nigerians and other Nationals that are already proffering solutions to society’s problems.

On the issue of the encroachment into the University’s Land by land grabbers, the Gbong Gwom Jos appealed to the relevant authorities to come to the University’s aid towards finding a lasting solution. While calling on the Federal Government and genuine private land developers to build more Hostels to ameliorate accommodation challenges faced by Students, the Traditional Ruler cautioned parents on the need to bring up their children on the right path as future leaders.

Earlier in a remark, Chairman of the Presidential Visitation Panel to the University of Jos, Professor Olu Obafemi explained that their visit to the Royal Father was to intimate him on their mission to the University and seek his Royal blessings as they embark on this important National Assignment.

Professor Obafemi said, as a former Director of Research at the National Institute for Policy and Strategic Studies (NIPSS), Kuru, between 2020 and 2015, he had benefitted from the wealth of experience of the Gbong Gwom in areas such as public governance, public policy and peace building. He was therefore confident of the Royal Father’s support and hospitality as the panel carries out its assignment.

It would be recalled that Visitor to the University of Jos, President Muhammadu Buhari recently set up Visitation Panels to all the 38 Federal Universities including the University of Jos to review and evaluate the activities of the Universities. The exercise covers the periods 2011-2015 and 2016-2020 in the areas of governance, academia, physical infrastructure, finance management, policy, staffing and students’ welfare. Others are security as well as stakeholders and community interrelationships.