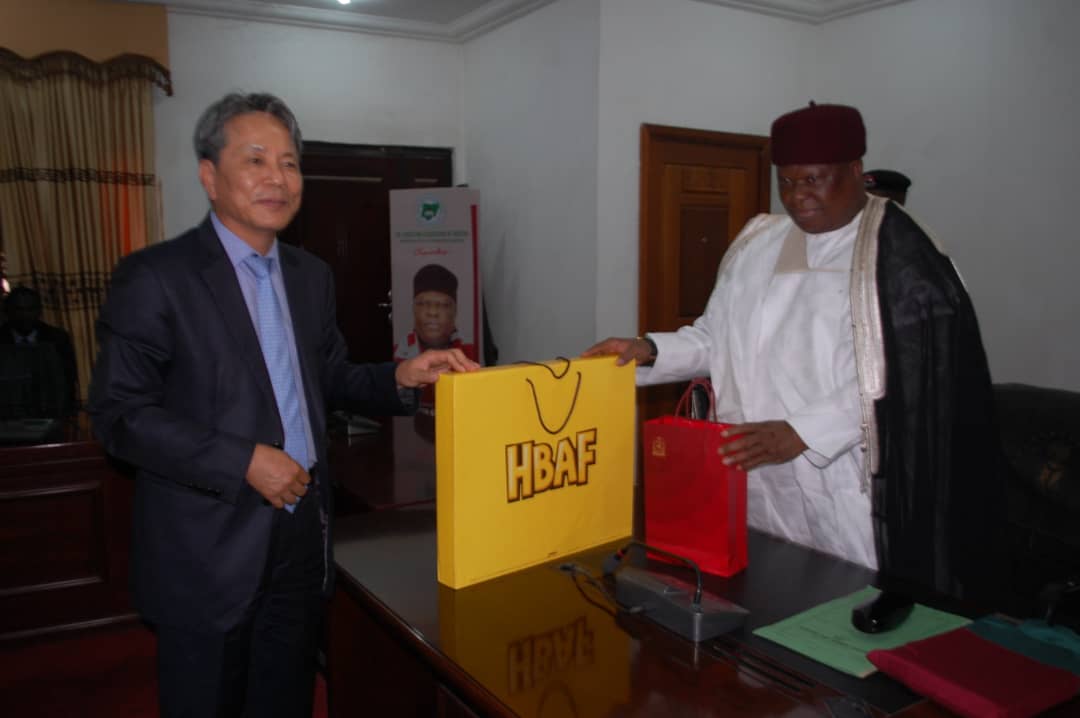 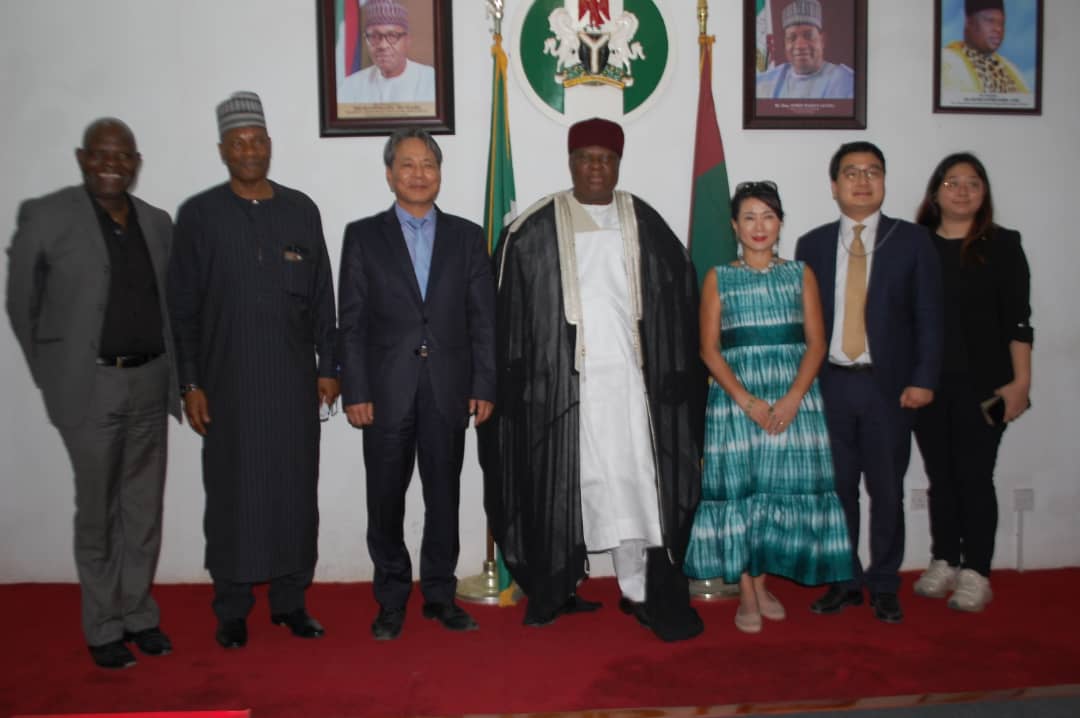 Gbong Gwom Jos and Chairman, Plateau State Council of Chiefs and Emirs, His Royal Majesty, Da Jacob Gyang Buba, has lamented the destruction of land and other valuable resources in the State as a result of illegal and menial mining activities. The Paramount Ruler has therefore advocated the introduction of modern mining techniques through the use of appropriate technology towards improving productivity in the sector.

The Royal father was speaking when the Ambassador of the Republic of Korea, Kim Young-Chae paid him a Courtesy visit at his Palace in Jishe, Jos North Local Government Area.

According to the Traditional Ruler, artisanal ways of mining has over the years destroyed land that would have been useful for further development, which would have in turn contributed to economic growth in the State. The Gbong Gwom stressed the need to adopt modern ways of extracting and processing the mineral resources to guarantee the security of the State’s mineral deposits and the preservation of its land.

The Paramount Ruler commended the South Korean Embassy over the donation of an Indoor Sports Gymnasium in the University of Jos and the mutual relationship shared by both the University and Plateau State with the Government and people of South Korea. The Royal Father enjoined the University to establish a Mining Study Center that will avail Students and citizens of the State the opportunity to acquire modern Mining skills that would effectively utilize mineral resources in the State.

The Traditional Ruler explained that he is aware of the fact that the Korean Embassy is engaged in many projects across Nigeria including at the University of Jos and encouraged them to continue with their acts of magnanimity for the benefit of the common people.

Earlier in his remarks, the Korean Ambassador, Kim Young-Chae said he was in the Gbong Gwom’s Palace to pay homage to the Paramount Ruler and share useful ideas on how the Governments of Korea Republic and Plateau State can collaborate in the areas of Education, Culture and Tourism. The Ambassador stated that the Korean Government is already partnering with Nigerian Investors such as Alhaji Aliko Dangote to improve the wellbeing of Nigerian citizens through productive ventures.

According to the Korean Envoy, Staff of the Embassy had undertaken a tour of tourism sites around Jos and made some discoveries that could be beneficial to both the Korean and Plateau State Governments including the Plateau State Traditional Council through a robust collaboration with the University of Jos.

Also speaking, Vice-Chancellor, University of Jos, Professor Tanko Ishaya accompanied the Ambassador to the Palace of Gbong Gwom Jos, used the occasion to further solicit the support of the Plateau Traditional Council towards the successful hosting of the 2024 NUGA Games for which the Indoor Gymnasium will play a prominent role. Professor Tanko said the University Administration is committed to making Unijos one of the best Universities in Nigeria.

He said one of the core mandates of a University is to provide Community Services and assured that the University during his tenure will undertake relevant and intensive Research that will proffer solutions to issues affecting the local community including the issue of artisanal Mining which he assured would be adequately handled by the University’s Departments of Mining Engineering and Geology.