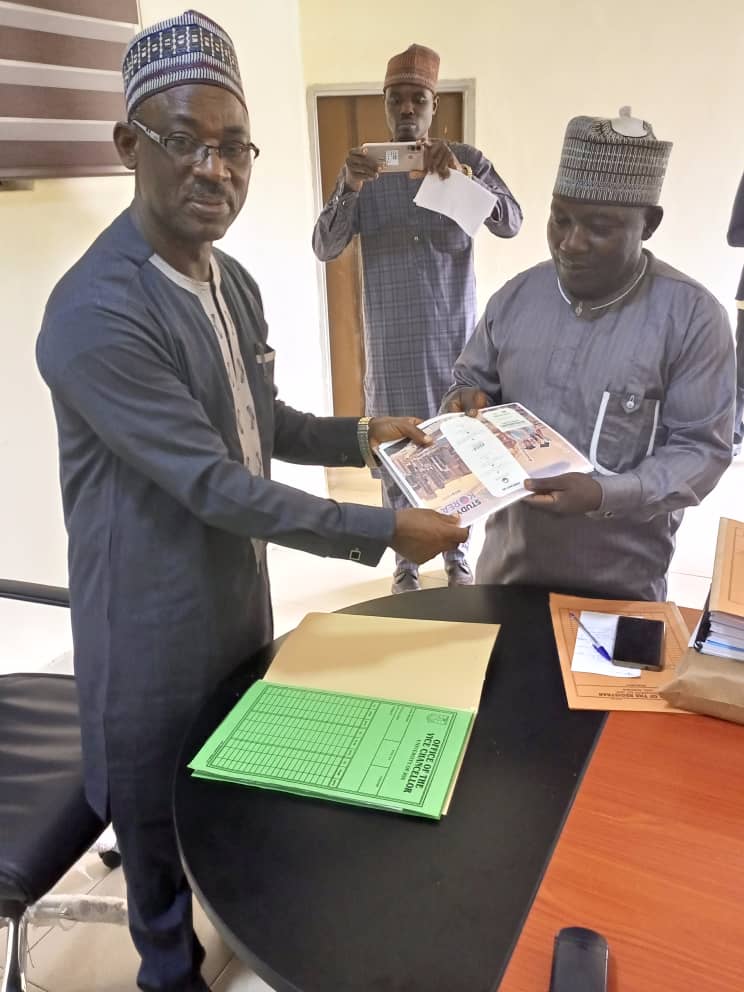 FORMER UNIJOS REGISTRAR BOWS OUT OF OFFICE AFTER COMPLETING TENURE

A call has been made for the complete digitization of the University of Jos Registry Department for proper and accurate Documentation and Record keeping.

Outgone Registrar of the University of Jos, Chief Monday Danjem made the call while handing over the mantle of leadership to the new Registrar after completing a Six-year tenure in office.

The brief but colourful ceremony was held at the Registrar's Boardroom at the Administrative/Senate Building, Naraguta Campus.

Chief Monday Danjem who emphasized the need for in-house and on-the-job training said mentorship is key for optimum performance and effective service delivery by Registry Staff.

He appreciated the Registry Heads of Divisions and Units for their unwavering support during his term in office and encouraged them to accord same to the incoming Scribe adding that they owe it a duty to guide their principals aright in order to minimize cases of litigation.

While encouraging the University’s Administrators to carry out their job with due diligence, he enjoined them to utilize the latest technological tools in order not to be left behind and to compete favourably with their counterparts elsewhere.

Receiving the Handing over notes from the outgone Registrar, Senior Deputy Registrar, Senate Affairs and Admissions, Mr. Solomon Anjugu who will oversee the Registry before the new Registrar, Dr Rejoice Songden fully assumes office, appreciated the University Council and Management for finding him worthy to hold the forte for the substantive Registrar and promised not to disappoint them. Anjugu sued for attitudinal change and proper division of labour in the Regstry so as to make the work seamless.

Speaking on behalf of other candidates who contested the Registrarship position, Deputy Registrar, Information and Publications Division, Abdullahi Abdullahi, said there are great times ahead for the Registry and described the outgone Scribe as a great mentor. He promised that they would accord every support to the new Registrar by collapsing their ideas into one to make her succeed and enable the Registry to reach its full potential.

Vice-Chairman of the Unijos Branch of the Association of Nigerian University Professional Administrators (ANUPA), Mrs Suzan Iliya, who spoke on behalf of ANUPA members, celebrated the achievements of the former Registrar saying the success of Registry is the success of ANUPA and assured of according same support to the new Registrar.

A Former Director, Unijos Directorate of Alumni Relations, Mr. Samuel Mwansat who described the seamless transition as a thing of joy, advised the incoming Scribe to continue where Mr Danjem stopped and improve on the knowledge gained for the betterment of the Registry and the University at large. He also encouraged the outgone Registrar to be an Ambassador of the University as he commences his Sabbatical Leave.

Mr. Solomon Anjugu, who is the most Senior Deputy Registrar in the Registry Department, will oversee affairs in the Registry pending the assumption of office of the substantive Registrar, Dr Rejoice Songden after she completes 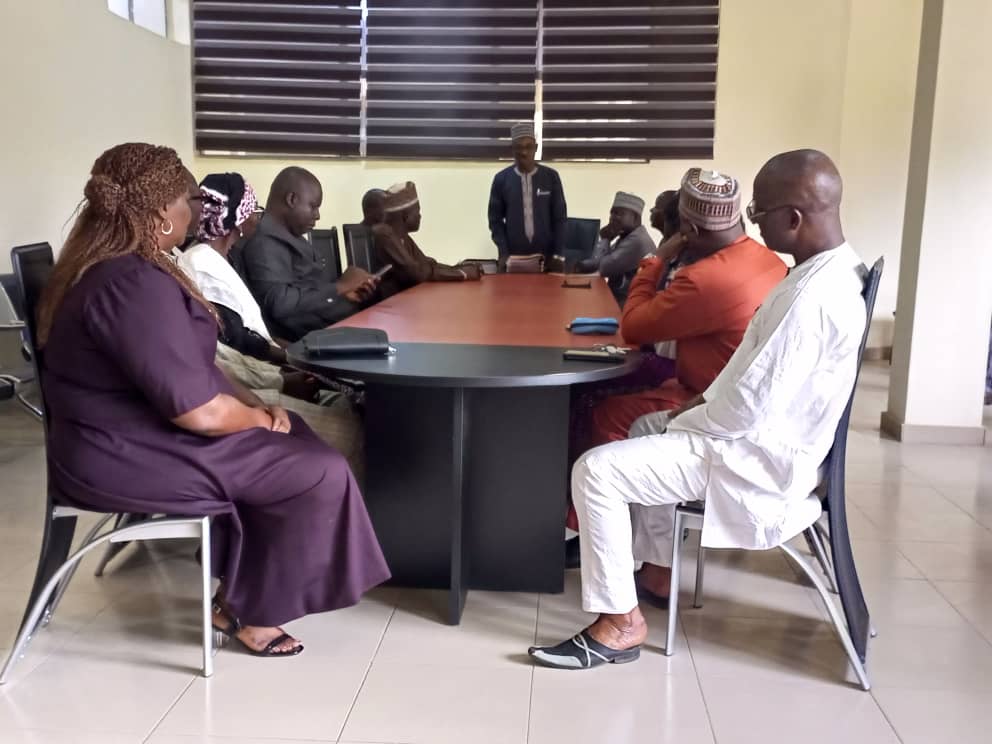 her disengagement formalities at the Karl Kumm University, Vom.