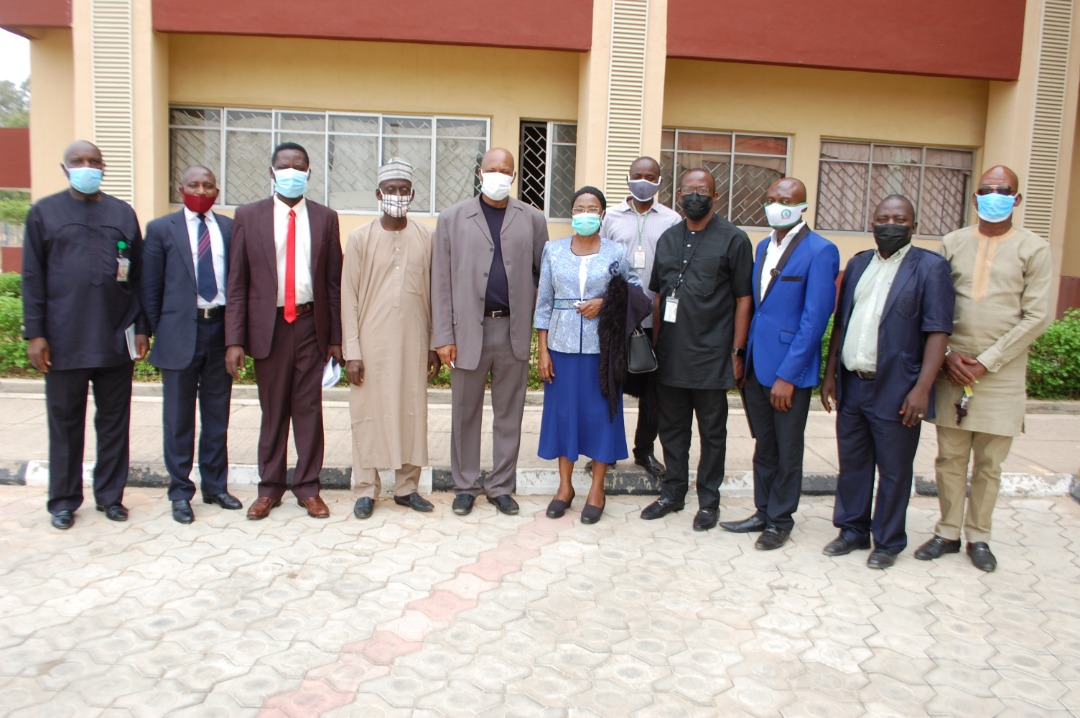 Management of the Federal College of Veterinary and Medical Laboratory Technology (FCVMLT), Vom recently visited the University of Jos in a bid to establish an affiliation with the University.

According to the Provost, Associate Professor Joseph Okwori, the College had earlier communicated the University about their intention to seek affiliation in 2016 and had decided to follow-up the matter so that the process can commence.

Represented by the Deputy Provost, Dr (Mrs) Beatrice Oluwatayo, the Provost observed the need for such an affiliation since the University had the capacity to provide training in both Veterinary and Medical Laboratory Sciences.

Associate Professor Okwori believes, when the College becomes affiliated to the University of Jos, it would add value to the status of the College and its parent body, the National Veterinary Research Institute, (NVRI) Vom by producing graduates that are rated among the best in Africa.

Responding, Vice Chancellor of the University of Jos, Professor Seddi Sebastian Maimako explained that the University is open to innovative partnerships especially affiliations that positively impact the community and conform to the guidelines and standard of the National Universities Commission (NUC).

The Vice Chancellor who was represented by the Deputy Vice-Chancellor (Academic), Professor Tanko Ishaya noted that the University of Jos also has a standard procedure for affiliation which requires an institution to be of an acceptable standard.

Furthermore, such an institution must adhere to the best practices in its operations, promote enduring academic culture and be able to withstand rigorous scrutiny by the University, before it is given the nod.