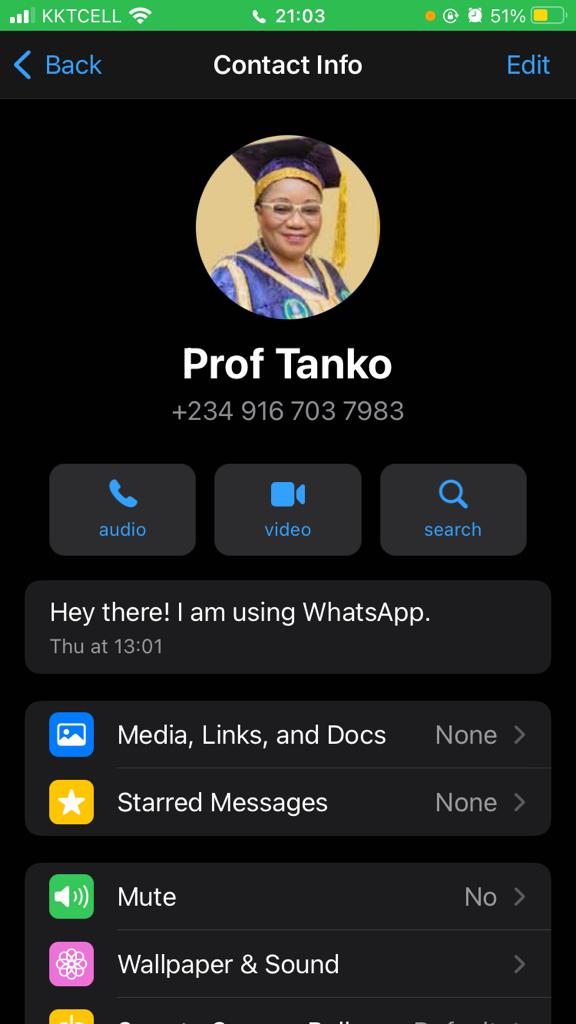 The attention of Management of the University of Jos has been drawn to fake Social Media accounts on Facebook, Linkedin, Instagram and WhatsApp created by fraudsters under the profile name of Tanko Ishaya purported to be that of the University’s Vice-Chancellor. The Social Media accounts appear to be for the purpose of misinforming members of the public in order to defraud them by promising to award them lucrative Supply or Procurement contracts with the University.

Operators of the fake Social Media accounts have been sending unsolicited messages to unsuspecting members of the public offering them the opportunity to procure a range of materials including Two Hundred (200) Computer systems for the University. The messages particularly on WhatsApp are being sent under the name ‘Prof Tanko’ with mobile phone number +234 916 7037 983.

Management of the University of Jos wishes to state categorically that the Vice-Chancellor, Professor Tanko Ishaya does not currently operate any of the aforementioned Social Media accounts either in his personal or official capacity. Therefore, members of the public especially active social media users are strongly advised to beware of any solicitation from any account on Facebook, Linkedin, Instagram, WhatsApp or any other Social Media platform for that matter, purporting to be that of Professor Tanko Ishaya as neither he nor the University will be held liable for any such transactions.

Meanwhile, Management of the University of Jos has since reported the matter to the Security Agencies.

For the avoidance of doubt, the University of Jos strictly adheres to due process in the award of any Supply or Procurement contracts. Whenever such opportunities exist, the University Authorities will formally make it known to the public through its website www.unijos.edu.ng, Radio Station ICE FM 96.1 and other traditional Print and Electronic media channels.